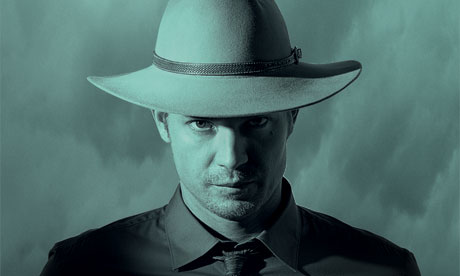 Get the hat here

Timothy Olyphant is one of those rare actors who women wish they could be with and men wish they could be.  From his soft voice with the hard as steel edge to his cat like Gary Cooper  stroll, he commands the screen when he appears.  The little nuances he puts into every performance are a joy to watch.

Olyphant, while enjoying a successful career, has managed to keep a low profile by Hollywood standards. He has maintained his marriage for over 20 years while raising three children Grace, Henry and Vivien, with his wife, Alexis.  He keeps his private life very separate from his Hollywood career.  This very healthy approach to acting and fame seems to have worked out very well for Tim and his family. 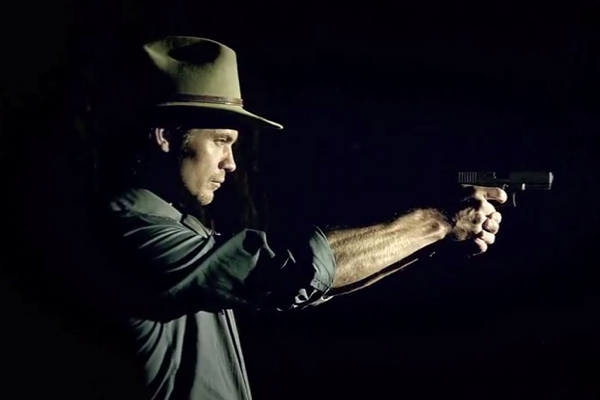 Tim’s father, Bevan Olyphant, was the son of a prominent New York family.  He attended boarding school in California and fell in love with the sunny coastal state.  After college he joined the Marines and fought in the Vietnam War.  While he was in the service he married Tim’s mother Kathryn.  The family lived in the Philippines for  a time and that is where Tim’s older brother, Andy, was born.

After the service, Tim’s father took a job with Del Monte and the family moved to Hawaii.  That is where their middle child, Timothy David Olyphant, was born on May 20, 1968.  Later Mr. Olyphant took a new job with Gallo Wineries and the family relocated to Modesto, California.  Modesto is where Tim grew up.  The Olyphants added one more child to their brood, Matthew, Tim’s youngest brother. 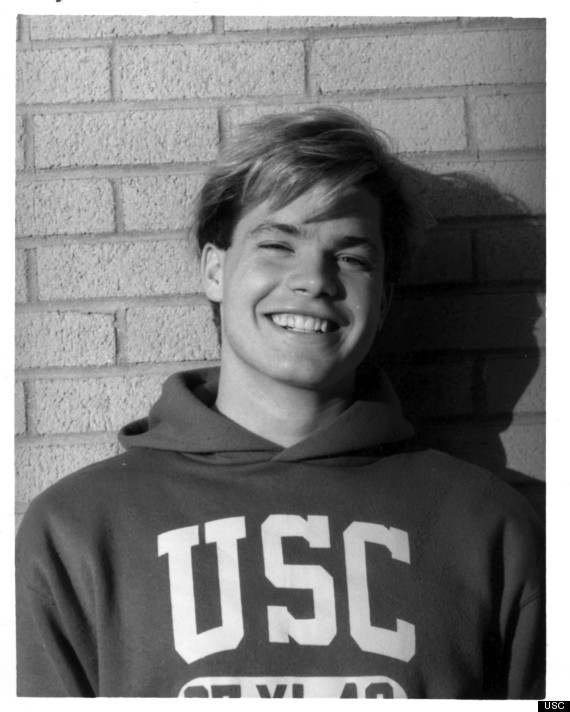 Get your own hoodie here

Tim’s father insisted that each boy choose a sport in which they wanted to participate.  Andy chose tennis and was a top rated college player.  Tim chose swimming.  He was a nationally ranked swimmer during this competitive swimming days at USC.  Matthew chose Water Polo and later played for UC Berkeley.

Andy is a record executive at Warner Brothers records and has signed many successful bands including Avenged Seven Fold.  He is married and has a little girl.  Matthew was front man in the band, Fetish.  After the band disbanded he started his own construction company in the San Francisco Bay area.  He is also a successful artist.

Tim married his college sweetheart Alexis Knief and they moved to New York City so Tim could pursue an acting career.  Even though he majored in Art during college he decided he wanted to try his hand at acting.  The newlyweds lived with his wife’s Dad when they first moved to New York.  Later they acquired their own apartment, which Tim describes as being so small the shower was literally in the kitchen.

Tim attended acting classes while he waited tables and gave swimming lessons to make ends meet.   He made his professional acting debut in1995 in the off Broadway play “The Monogamist” for which he received the Theater World Award for Outstanding Debut Performance.  He followed that with David Sedaris’s one man play “The SantaLand Diaries”. 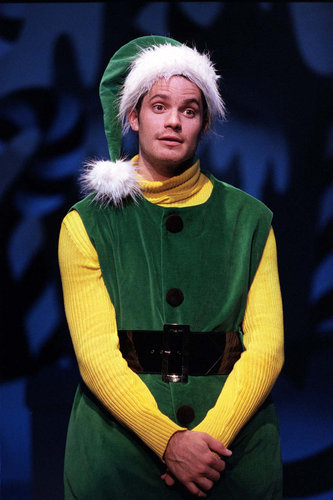 Get the Santaland Diaries here

After his stint on Broadway, Tim began to land television roles.  He was the first man Carrie Bradshaw kissed on HBO’s  “Sex and the City” in the episode “Valley of the Twenty Somethings”.  He landed a small role in the feature film “The First Wives Club” in 1996 as well as a small part in the movie “A Life Less Ordinary”.  His first real notice came when he played the villain, Mickey, in “Scream 2”.   After that he was cast in the movie “Practical Magic” with Sandra Bullock and Nicole Kidman.  However, after feeling he was not quite right for the part, he was replaced by Aidan Quinn.  It worked out well for Olyphant though as he accepted the part of Todd Gaines in the movie “Go” after being released from “Practical Magic”.  Olyphant gave a stand out performance in a talented ensemble production which included Katie Holmes.

Timothy Olyphant in the movie Go.  Get your copy here

He then went on to make several movies, giving outstanding performances in a variety of unusually character roles.  His movies include Advice From a Caterpillar, No Vacancy, The Broken Hearts Club, Gone in 60 Seconds, Rock Star, The Safety of Objects, Dreamcatcher, A Man Apart, The Girl Next Door, Catch and Release, Live Free or Die Hard, Hitman, Stop Loss, Meet Bill, A Perfect Getaway, High Life, The Crazies, Eleckra Luxx, I Am Number Four and Rango. 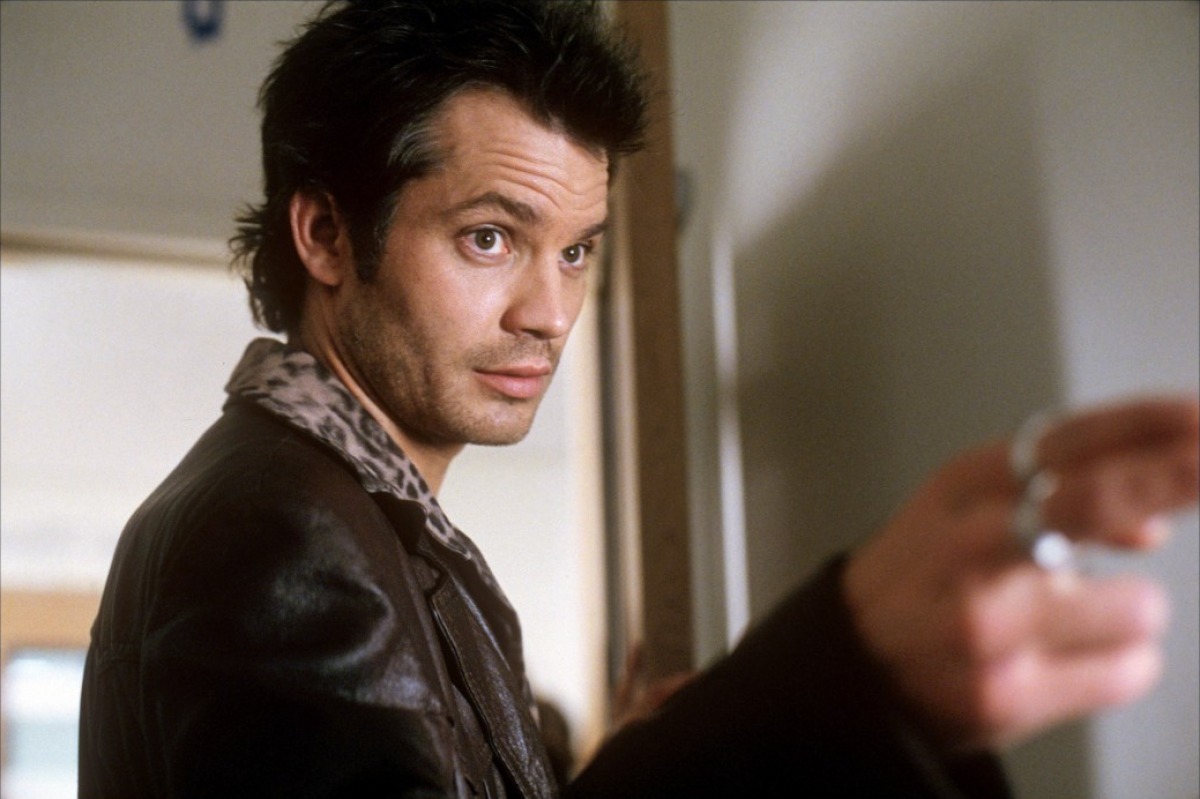 Tim in Girl Next Door.  Get it here

Olyphant gained national attention  he joined the cast of David Milch’s western for HBO “Deadwood”.  He played the part of the cool under pressure, tough as nails Sheriff Seth Bullock.  The show was on for three seasons from 2004 until 2006 when the popular show ended due to a dispute between Milch and HBO which could not be resolved. 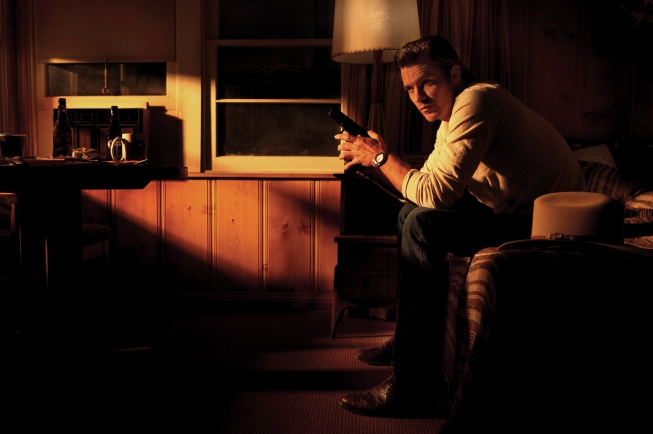 Haven’t seen Justified yet?  Don’t wait get it here

In 2010 Olyphant landed the role of Raylan Givens, a character from an Elmore Leonard short story “Fire in the Hole”. The show entitled “Justified” is on the FX Network.   Givens is a throwback to an old West gunslinger.  His steely cool in the face of danger has  him someone ladies swoon over and men admire.  The show has won a coveted Peabody Award.  Olyphant has been nominated for an Emmy as well as a Critics Choice Award.   Check out this article on how to create your own Raylan Givens Costume

Justified the Final Season. Get it here.

Olyphant’s portrayal of Givens is  short of brilliant to watch.  His black and white code of right and wrong enters grey areas as we see Givens struggle with his inner demons and his definition of right and wrong.  Olyphant’s subtle portrayal of the inner turmoil and buried pain Givens character deals with has won much  acclaim.  TV Guide declared “Justified” the best show on TV.   The fifth season of “Justified

By continuing to use the site, you agree to the use of cookies. more information